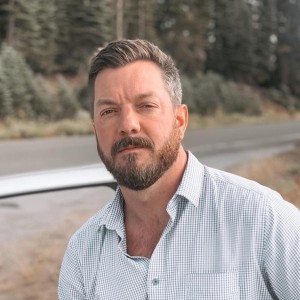 Friday, 13.11.2015 – On the first night I prepared my pitch and drove down to the new Innogrove coworking space in Elk Grove. There was traffic and it took 50 minutes, which helped me practice my pitch.

I saw some folks I knew so I said hi and mingled. We ate pizza and the organizers said stuff from about 7-8:30. Also, Ami Bera and Sonny Mayugba spoke.

Then we did the pitches, 60 seconds each, which were fun to watch.

I pitched an idea I ended up calling Obese Cat. It is a word game I’ve played before that I normally call Hink Pink, but I wanted to re-brand so I figured I would banish “hink pink” from my lexicon. Anyway, after the attendees voted for their favorite ideas (3 stickers per contestant), Obese Cat had the most stickers. Two guys named Kevin and Eric walked over and stood by me while I talked more about my rhyme game, and soon we were a three-person team.

That night we decided we wanted to build, market and validate a web version of the game. Kevin would build a web app with something called Meteor JS, Eric would design the company brand, and I would fuss about on the computer trying to look busy. Perfect system.

Saturday, 14.11.2015 – All of the jobs were assigned the night before, so everybody went straight to work. Innogrove supplied a bunch of Peet’s coffee and our team was cranking pretty good on our assigned tasks.

We took a break at 1PM and ate sandwiches and did a whiteboard meeting about our brand. We decided that we would spend no more than 45 minutes coming up with a brand, and agreed we would use whatever we had at the end of that time period.

We drilled down into the essence of the game and came up with three things that happen during the group play format:

We used a slick tool called Namech_k to see what was available for “Word Birds” and found it to be a great option, or at least the best one available. Honorable mention for “Absurd Words,” but it was already a trademarked board game.

Once we finalized the branding, Eric started sketching the logo. Within a couple hours, he submitted a final graphic that looked like this:

Some coaches (successful local business folk) came at 2PM and we got some solid advice.

We noted the coaches feedback and resumed working on our product—tweaking copy, designing graphics and executing code until about 11PM.

We were incredibly lucky to get a talented guy like Kevin to whip up a functional web app in about 8 hours. Kevin’s computer screen always looked more impressive than mine.

Here’s a link to the source code of the app Kevin built on GitHub.

By 11PM Saturday night, we had:

Then we went home to do some promotion and get validation for the idea. It started slow, haha.

I ran into a snag when the Twitter ads platform gave me some static about not being able to advertise because I am not tweet-worthy due to the @wordbirdsapp account having no history. This is the message:

This process, although possibly necessary for some reason, is annoying and ironic considering twitter frequently bitches about not generating enough ad revenue.

Anyway, I took that budget and moved it to Facebook. I used the Word Birds logo and created some graphics in Canva and targeted word nerds across the country.

$.11 per engagement (CPE) isn’t bad, but I probably could have done better with more time. A lot of the actions I paid for were people clicking on the photo to expand it.

The unwashed masses of Facebook did not disappoint, providing plenty of profanity and incorrect responses. Granted, the ad copy failed to specify (my fault) that the response was supposed to rhyme, but I was somewhat disappointed the most popular response was “fat pussy.” I would have done better to narrow the targeting, but I was focusing on getting as much interaction as cheaply as possible.

I also posted the project on Reddit (fingers crossed) and asked for feedback. A few responses, nothing significant, but overall positive.

By this time it was past 4AM so I went to bed.

Sunday, 15.11.2015 – Kevin sourced some feedback overnight and we made several changes to the website in the morning. Since the product was done, besides some tinkering here and there, we set about making a presentation and monitoring the engagement with the feelers we had put out via email and social media.

It was fun to think about how to attract people to the game, what the future of how the game could look like and what it might grow into. We all agreed to position Word Birds as a game for word nerds, the type of people who go to pub trivia or have friends over for game nights.

Think of a librarian who has two cats but also like to drink some wine with her friends at home.

Building a game is fun, but building a community of word nerds was our goal.

Prior to the pitch, we had more than 300 web sessions (in hindsight, I should have installed event tracking on the form fields…MORON), 15 email submissions and lots of engagement via social media.

Watching #swsac and dig this one. Maybe I should hit the demos after all. https://t.co/v399YnsGGl

The presentation didn’t go as well as I hoped, I think we rushed it a bit.

In hindsight, I wonder if I should have spent more time developing a more detailed financial model instead of sending so many tweets, haha.

It would have been nice to have feedback from the judges about what they didn’t like about Word Birds, but we did not receive any written feedback. The stated criteria from Startup Weekend Sacramento was:

I felt that we had hit all those topics and that Word Birds was also a ‘fan favorite,’ but I can’t be sure.

I asked a couple of the judges their feedback and I heard the following:

This is where it gets confusing—the criteria “Was the usability of the product easy and friendly?” directly contradicts “Did they have an MVP or prototype (paper is ok) to present?”

Since we were the only team to build anything, were we the only team held accountable to the usability criteria? I mean, you can’t really use a piece of paper [presentation] that way…

Perhaps it’s just sour grapes talking, but I still don’t understand that feedback and wish we could have reviewed a scoring rubric or something. After all, there were some really great prizes for winning Startup Weekend Sacramento—the Rocket Department awarded first place a $5,000 Launch Package to build a website, and Apptology offered a $2,000 credit for mobile app development. Also, the winners were eligible to enter the Global Startup Battle 2015.

Oh well. It was a fun weekend and the organizers did a great job making sure of it.

What’s next? I’m not sure. Kevin and I are head to IGDA Sacramento Chapter tonight to demo our game to some local game developers.

I am really pleased with how the web app works. It’s just a prototype, but the interest we generated with just a few hours of development, design and promotion makes me wonder what could happen with a little elbow grease. To be continued.

I’ll leave you with a Word Bird to try (1 syllable):

Let me know if you can figure it out by sending Word Birds a tweet, posting on the Word Birds Facebook page, or sending me an email.

This site was Made by Proxy